MCPU is a neat minimal 8-bit CPU (CPU design by Tim Boescke in 2001, cpldcpu@opencores.org) - see its opencores project file and GitHub repo. It fits into 32 macrocells on a CPLD and can operate on 64 bytes of RAM.

Being a minimal CPU it supports only four 8-bit instructions, that consist of 2 bit opcode and 6 bit address/immediate field.

It has two registers - an 8-bit accumulator and 6-bit program counter. MCPU supports 64 bytes of RAM shared between program and data.

The instruction set is:

I’ve also added an “OUT” instruction according to Jean-Claude Wippler’s TFoC - A minimal computer article, with the opcode of 0xFF that prints the accumulator to the standard output.

Then the emulation loop dispatches to instruction handlers based on the first two bits of the opcode.

I decided to represent the state of the CPU with a bitfield structure:

One can optionally print out the currently executed instruction with a small disassembler:

Getting some test programs

The TFoC - A minimal computer article comes with two code examples, with the code formatted as a hexdump

I converted this to a binary file (easier to consume by the C emulator) with a following bash script that replaces the newlines with spaces, then gets rid of double spaces left by \r\n conversion and finally uses xxd to perform a “reverse hexdump”:

Notice that there are no immediate values, one can only work with what’s already in the memory, hence the literals 1, 250 and 255 need to exist somewhere within the RAM.

Stepping through the program shows it behaves as expected:

It seemed it would be a useful thing to add a simple infinite loop detection - if the JCC instruction is jumping to its own address, there is no escape from this state as it won’t change the carry flag.

A second example - printing out prime numbers that fit into 8-bit number (up to 251) is more complex. It also required adding the special output opcode as mentioned earlier to see the results.

Porting to a microcontroller

What’s the best way to appreciate an emulator for a minimal chip published almost 20 years ago? Porting and running it on the smallest CPU I have at home - an ATTiny85 chip, which has 512 bytes of RAM and runs at 16 MHz in the form of the Digispark USB development board. 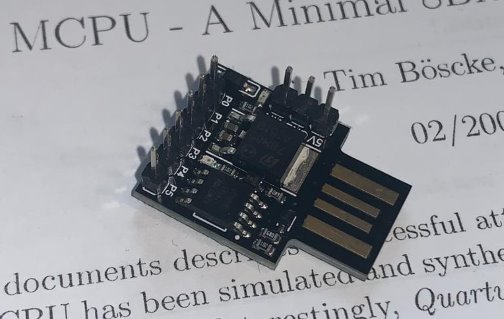 Figure 1: The dev board sitting on top of the MCPU paper

There are two things that won’t work straightforward - there’s no filesystem to read the RAM/ROM binary from and and there’s also no standard output.

We can solve the first problem by including the emulated image to the source as a C array, hexdump can help producing the 0x-encoded bytes we need from the binary file:

This way we can directly use a byte array as the ROM/RAM image.

We can solve the second problem by exploiting the fact that the DigiStump with ATTiny85 can act as an USB keyboard - so we just let it type out the output to the text editor of our choice.

A 3-second delay after initializing the board helped get me ready to switch to a different text editor to capture the output instead of overwriting the source code :).

The code also required some golfing as the maximum binary size for my ATTiny board is 6 kb. The tricks I used to slim down the compiled version included:

Slimming the disassembler down:

That meant I had enough space to add blinking a LED and making a “tick” sound on a buzzer on every clock cycle! I ended up with a final binary size of 4498 bytes for the prime-calculating binary with just the number as the output and 4858 bytes with disassembler and status information in.

It’s also painfully slow - the delay between the first few and the last prime numbers is noticeable and it takes around 300 ms to calculate and print the very last primes (up to 255).